Chimpanzees are one of our closest relatives. They live in large communities of up to 150 members and are highly endangered. Human contact has reduced their numbers from 2 million to just over 300,000. Take a look below for 24 more amazing and weird facts about chimpanzees.

1. Chimpanzees have thumbs that are opposite their fingers, which means that their thumb isn’t in line with the rest of their four fingers. This means that their hands are almost identical to human hands, which allows them to develop and use tools.

2. They’re omnivores, which means that they eat both plants and animals. They prefer to eat fruit, insects, eggs and meat.

3. Chimpanzees use tools like sticks to extract ants from their nests, and stones to break the shell of a nut.

4. They can be infected with the same diseases that humans get, such as measles, ringworm, hepatitis B and influenza.

5. They have been reported exchanging kisses, hugs and touches in their community in what seems like a complicated communication system.

6. Grooming is an important ritual for them as it creates close bonds between the members of the community. It can also calm their nerves. 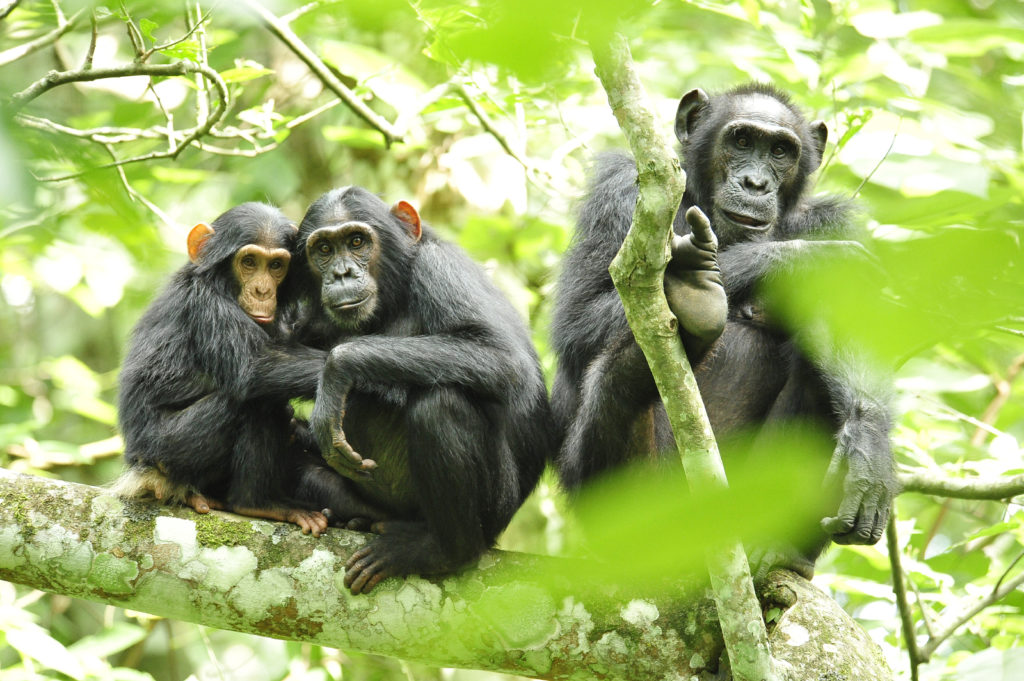 7. Chimpanzees are 6 to 7 times stronger than humans.

8. When they get bored they have been observed organizing games to entertain each other.

9. When kept in captivity, they have been successful taught the human sign language.

10. During the night, they stay in their nests which are high up in trees. Their nests are often made from leaves and branches. Chimpanzees will change the location of its nest every single night.

11. Even though they use all four limbs for walking, they’re capable of walking on two legs.

12. Female chimpanzees give birth to an offspring every 3 to 4 years. The bond between the mother and offspring is very strong and lasts over 7 years.

13. Young chimpanzees have white tail tufts that disappear as they grow older.

14. When they fall ill, they will find and eat medicinal plants to cure themselves. 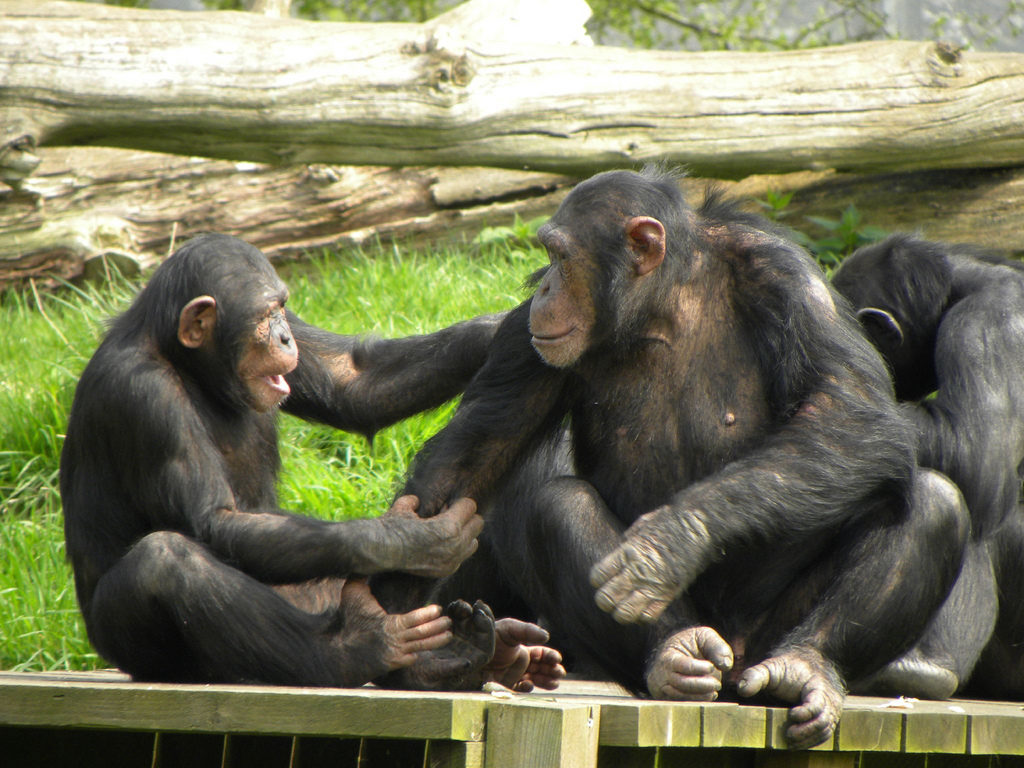 16. Their bodies are covered by coarse, black hair. The exceptions are their face, fingers, toes, palms of their hands and the soles of their feet.

17. Chimpanzees are both arboreal and terrestrial, which means that they spend their time in the trees and on the ground.

18. Their communities are led by one dominant male and a varied number of smaller male and female groups. The members are free to join and leave these groups when they want.

19. The range of intelligence of chimpanzees varies wildly. Some can learn many new things quickly while others can’t.

20. They also feel and express those feelings. They have shown to use feelings as another way to navigate through their lives and relationships with other chimpanzees.

21. The main predator of the chimpanzee is the leopard. However, a fully grown chimp is very strong and can defend itself from leopards. This is why leopards choose to target young chimpanzees who they know can’t defend themselves yet. 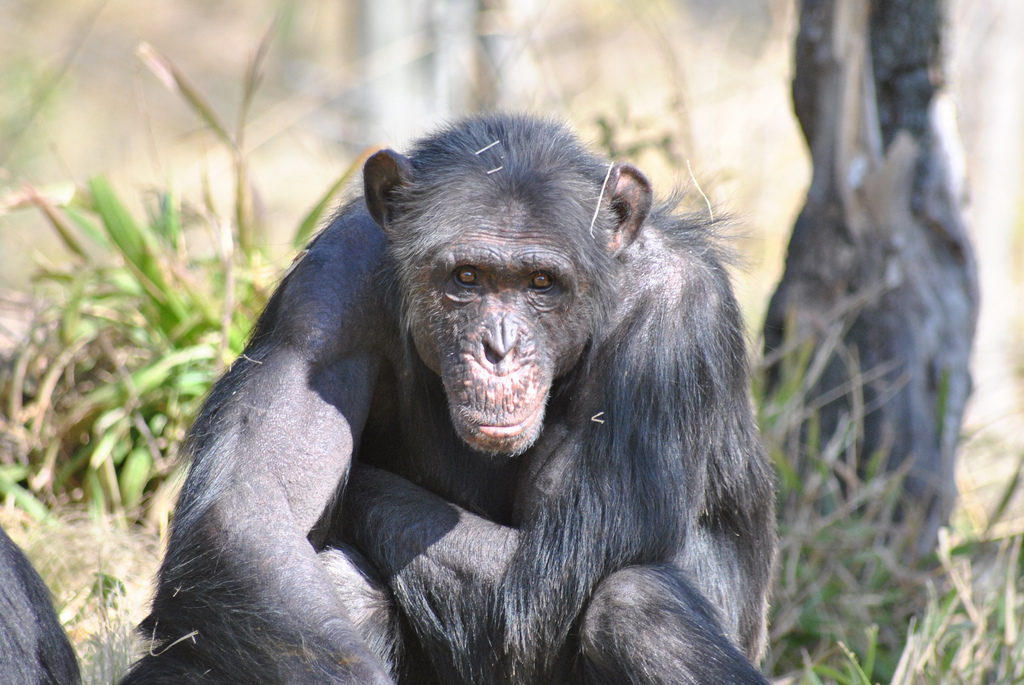 22. The reason that chimpanzees are so much stronger than humans is because they have longer skeletal muscle fibers that generate twice the work output over a wider range of motion.

23. Many older captive chimpanzees have cardiac disease and have to take the same medications that humans use for heart conditions.

24. Average chimpanzees don’t know how to swim, which is why they avoid water.