Avalanche, or Dominikos Ioannis Petrakis, is a fictional character and a mutant supervillain in American comic books published by Marvel Comics. The character is usually depicted as an enemy of the X-Men. Take a look below for 23 more interesting and fun facts about Avalanche.

1. A Cretan mutant, Avalanche possesses the ability to generate seismic waves from his hands that are strong enough to create earthquakes of varying sizes and to disintegrate any substance other than living tissue.

2. Avalanche has been a member of the Brotherhood of Mutants and Freedom Force.

3. In the animated series X-Men: Evolution, he’s portrayed as Lance Alvers, a misguided mutant teenager and one time romantic love interesting of the X-Men’s Shadowcat.

4. The character was created by Chris Claremont and artist John Byrne. 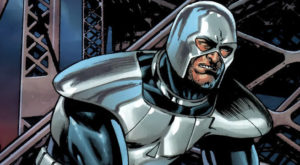 6. Avalanche’s story before Mystique recruits him for the second Brotherhood of Evil Mutants is largely a mystery. However, it’s known that he’s an immigrant from the Greek Island of Crete.

7. Avalanche doesn’t need to touch an object to affect it, he can direct the waves against it from some distance away.

8. Avalanche himself is immune to the generation of his own vibratory waves. However, if the seismic waves were reflected back at him, he would be injured.

9. As of now, there is no known limit to the amount of area upon which Avalanche can use his powers at one time.

10. There is no evidence in the comics or the television shows that Avalanche is capable of creating an earthquake capable of destroying an entire city.

11. Avalanche is a fair hand to hand combatant and has received unarmed combat training while he was a member of Freedom Force.

12. He wears an armored battle suit that gives him enhanced resistance to injury, up to and including protecting him from a land mine.

13. While he was a member of Freedom Force, Avalanche used a two way radio device for communication with other Freedom Force members. 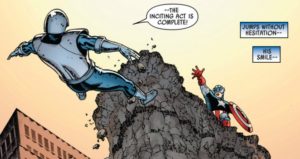 14. In the Age of Apocalypse, Avalanche was one of the select mutants that were approached by Sinister and offered a chance to join his Elite Mutant Force. However, Avalanche refused.

15. Avalanche was once captured by Sinister at the Breeding Pens in Age of Apocalypse. He was killed during an escape and his corpse was turned over to the Dark Beast for experimentation.

16. In Marvel Zombies: Dead Days, he’s seen as a zombie alongside a zombie version of the Freedom Force fighting the suddenly zombified X-Men.

17. In the House of M storyline, Dominic appears as a member of the NYPD strikeforce known as the Brotherhood.

18. In Old Man Logan, Avalanche was among the villains that attacked the Avengers in Connecticut.

19. In Old Man Logan, it was mentioned that Avalanche was the one who blinded Hawkeye.

20. Avalanche appeared in the X-Men animated series and was voiced by Rod Coneybeare. He was always accompanied by Pyro and later on, the Blob. 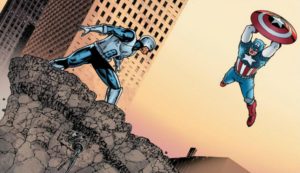 21. In the X-Men: Evolution cartoon, Avalanche was heavily re-imagined. He is portrayed as a high school student named Lance Alvers. He is still a member of the Brotherhood, but this version of Avalanche becomes the Brotherhood member with the most development.

22. Avalanche appears as a boss character in X-Men Legends and is voiced by Peter Lurie.

23. Avalanche is mentioned as an easter egg in the 2017 movie Logan. A patient file from the Alkali Transigen lab lists him, using the name Dominic Petros, as the genetic father of Rictor.

3 Interesting And Fascinating Facts About Eyesmon From Digimon