Cassandra Cain, also known as Cassandra Wayne, is a fictional superhero that appears in American comics books published by DC Comics. She is commonly associated with Batman. She was created by Kelley Puckett and Damion Scott, and first appeared in Batman #567. Take a look below for 23 more interesting and awesome facts about Cassandra Cain.

1. Cassandra Cain is one of several characters who have assumed the role of Batgirl. However, in the current DC Comics continuity, she goes by the name of Orphan.

2. She is the daughter of assassins David Cain and Lady Shiva. She was deprived of speech and human contact during her childhood as conditioning to become the world’s greatest assassin.

3. Cain grew up to be an expert martial artist while also remaining mute, developing limited social skills and being illiterate.

4. She was the first Batgirl to star in her own ongoing Batgirl comic book series. She was replaced as Batgirl by Stephanie Brown in a 2009 storyline. 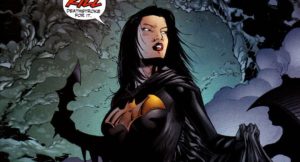 5. Cain returned as Batgirl in late 2010, where she was shown working as an anonymous agent of Batman in Hong Kong before adopting the persona of Black Bat.

6. She was back to mainstream continuity after the reboot in Batman and Robin Eternal. She took up the name Orphan after her father died, who originally used the code name.

7. As a child, she received intense training by her father, along with several other members of the League of Assassins, including Bronze Tiger, Merlyn the Archer, and Alpha.

8. When she became Batgirl, she was further trained by Batman, Oracle, Black Canary and Lady Shiva.

9. Her superior combat skills don’t just come from her excellent physical condition, but from her cognitive functions, which are the result of her idiosyncratic upbringing. She’s able to do extraordinary feats of coordination as well as perceiving minute changes in an opponent’s movements and body language.

10. Cain’s upbringing using body language as her exclusive mode of communication also had the effect of enabling her to read minute changes in an opponent’s expressions, breathing, muscles, joint position, and center of gravity. All of this allows her to predict an opponent’s moves before they happen. 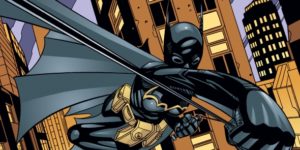 11. When a telepath rewired Cain’s brain to allow her to talk, it had the unintended consequence of blocking her ability to predict attacks. However, Lady Shiva helped her regain this ability.

12. She’s able to take an extraordinary amount of pain. For example, she’s been known to take a bullet and not even flinch.

13. Batman has stated that not even he could beat Cassandra Cain in a straight hand to hand combat match.

14. Cain can “see” death, meaning that when she looks at a person, she can see the weakest points of their body and the most efficient ways to kill them. She shares this ability with her mother, Lady Shiva. However, unlike her mother, she chooses to not use this ability against her opponents since she is morally against killing.

15. Even though Cain was a trained assassin and had killed people when Batman first met her, he believed that she could be better. Instead of locking her up, he decided to train her.

16. Batman has stated that Cain might be the most dangerous fighter he’s ever encountered. He chose to train her not only for her potential to be a great hero, but because in anyone else’s hands, she would be too much of a threat.

17. She once took out Nightwing with ease. 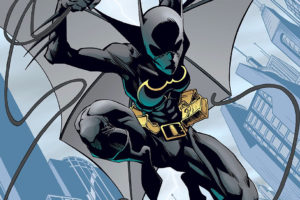 18. While the two were on a mission, Superboy bragged to Batgirl that he can take a sip of milk and fire it out of his tear duct. In response, Batgirl shattered his nose.

19. Cain gave Stephanie Brown the mantle of Batgirl because she saw something in her and not just because she wanted to stop being Batgirl.

20. Her stealth skills are incredible. She’s one of the only people that can disappear on Batman and the only person that can sneak up on Lady Shiva.

21. Because she has difficulty with speech, she loves ballet. She communicates with her body this way. She also includes ballet moves when she fights.

22. Cain has scars across her back from bullet wounds made by her father during her childhood training.

23. She has been formally adopted by Bruce Wayne, which is why she goes by Cassandra Cain-Wayne.