The Wall is the 11th album by English rock band Pink Floyd. It was released as a double album on November 30, 1979 by Harvest Records in the United Kingdom and by Columbia Records in the United States. At first, it received mixed critical responses, though it was very commercially successful. Take a look below for 23 more fun and interesting facts about Pink Floyd’s The Wall album.

2. The album was made into a feature movie with the same name.

3. Bass guitarist and songwriter Roger Waters thought of the album as a rock opera during Pink Floyd’s 1977 In the Flesh Tour. During the tour, his frustration with the audience became so bad that he spat on them.

4. The Wall looks at abandonment and isolation that are symbolised by a metaphorical wall. The songs in the album create a storyline about a person called Pink, who’s a character based on Syd Barrett and Roger Waters, whose father was killed during World War II. 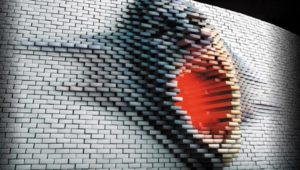 5. Pink’s father also dies in the war, which is when he starts to build a metaphorical wall around him. He feels oppressed by his overprotective mother and tormented at school by abusive teachers.

6. The album has several references to former band member Syd Barrett, including “Nobody Home,” which hints at his condition during Pink Floyd’s abortive United States tour in 1967.

7. “Comfortably Numb” was inspired by Water’s injection with a muscle relaxant to fight the effects of hepatitis during the In the Flesh Tour, while in Philadelphia.

8. The Wall is the first album cover from Pink Floyd since The Piper at the Gates of Dawn not to be created by Hipgnosis due to Waters having a falling out with their designer Storm Thorgerson. The falling out was because of Thorgerson using the cover of the Animals album in his book Walk Away Rene.

9. When the complete album was played for a group of executives at Columbia’s headquarters in California, several were reportedly not impressed by what they heard.

10. During each performance of the band’s The Wall Tour, a 40 foot, or 12 meter, high wall of cardboard bricks was gradually built between the band and audience. Gaps allowed the spectators to view various scenes in the story as Scarfe’s animations were projected onto the completed parts of the wall.

11. Several characters from the story were shows as giant inflatables, such as a pig with a crossed hammers logo.

12. Scarfe was first hired to make a series of animations for The Wall. At his studio in London he hired 40 animators to make a series of nightmarish versions of the future, such as a dove of peace exploding to reveal an eagle, a schoolmaster and Pink’s mother. 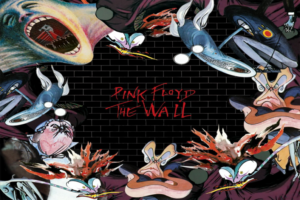 13. During the tour, the band members didn’t get along. Four Winnebagos were parked in a circle, with the doors facing away from the center with Waters remaining isolated, using his own vehicle to arrive to the venue.

15. In 1990, Waters and producer Tony Hollingsworth made The Wall – Live in Berlin, staged for charity at a site once occupied by part of the Berlin Wall.

16. From 2010 to 2013, Waters performed the album worldwide on his tour, The Wall Live. In this tour, the wall was much wider and had updated higher quality projected content with leading edge projection technology.

17. In 2016, Waters started adapting The Wall into an opera called Another Brick in the Wall: The Opera with contemporary classical composer Julien Bilodeau. The opera premiered at Opera de Montreal in March, 2017, and will be produced by Cincinnati Opera in the summer of 2018.

18. The opera is orchestrated for a score of 8 soloists, 48 chorus members and a standard 70 piece operatic orchestra.

19. The Wall was the last studio album released with the 11 year spanning line up of Water, Filmour, keyboardist Rick Writer and drummer Nick Mason. Wright was fired from the band by Water during its product, but stayed on as a salaried musician. 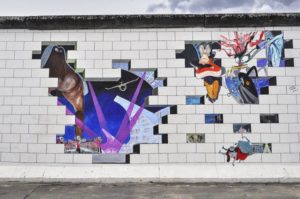 20. During the first few tours, Wright performed as a salaried musician and was the only member of the band to profit from the tours, which lost about 400,000 pounds sterling.

21. Some of the album’s themes would be continued in the band’s next album called The Final Cut, which had some outtakes from The Wall.

22. By 1999, The Wall sold over 23 million RIAA certified units which made it the third highest certified album in the United States.