Abbey Road is the 11th album by the English rock band the Beatles. It was released on September 26, 1969 by Apple Records. The recording session for the album was the last in which all four Beatles participated. It incorporates genres such as blues, pop and progressive rock. Take a look below for 23 more fun and fascinating facts about the Beatles’ Abbey Road album.

1. The album was recorded in a more enjoyable atmosphere than the Get Back or Let It Be sessions were earlier in the year. However, there were still some disagreements within the band.

2. John Lennon had privately left the group by the time the album was released and McCartney publicly quit the following year.

3. Even though Abbey Road was an immediate commercial success and reached number one in the United Kingdom and the United States, it initially received mixed reviews. Some critics argued that the music was inauthentic and full of artificial effects. 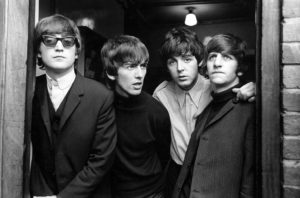 5. The album’s cover features the four band members walking across a zebra crossing outside Abbey Road Studios and has now become one of the most famous and imitated images in the history of popular music.

6. The first session for Abbey Road began on February 22, 1969, just 3 weeks after the Get Back sessions, in Trident Studios.

7. The album’s two halves represented a compromise. Lennon wanted a traditional release with distinct and unrelated songs, while McCartney and Martin wanted to continue their thematic approach from Sgt. Pepper’s Lonely Hearts Club Band by incorporating a medley.

8. By September 1969, after the recording of Abbey Road, Lennon had formed a new group, the Plastic Ono Band, mostly because the Beatles had rejected his song “Cold Turkey.”

9. The Beatles didn’t promote Abbey Road directly, and no public announcement was made of the band’s split until McCartney announced that he was leaving the group in April 1970, at which point they officially disbanded.

10. Abbey Road was recorded on professional eight track reel to reel tape machines rather than the four track machines that were used for earlier Beatles albums such as Sgt. Pepper, and it was the first Beatles album not to be issued in mono.

11. The album uses a lot of sounds made with the Moog synthesizer, and the guitar played through a Leslie speaker.

12. In most of the album, the Moog isn’t just a background effect but a central role. In the song “Because,” it’s used for the middle eight. 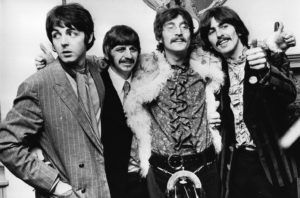 13. The instrument was introduced to the band by Harrison who got one in November, 1968, and used it to create his Electronic Sound album.

14. Abbey road was the first and only Beatles album to be entirely recorded through a solid state transistor mixing desk, the TG12345 MK I, as opposed to an earlier thermionic valve based REDD desks.

15. One of the assistant engineers working on the album was 19 year old Alan Parsons, who went on to engineer Pink Floyd’s The Dark Side of the Moon.

16. The album cover was designed by Apple Records creative director Kosh. It’s the only original U.K. Beatles album sleeve to show neither the artist name nor the album title on its front cover, which was Kosh’s idea.

17. The front cover design, a photograph of the group on a zebra crossing, was based on ideas that were sketched by McCartney ant taken on August 8, 1969, outside EMI Studios in Abbey Road.

18. At 11:35 in the morning, photographer Iain Macmillan was given 10 minutes to take the photo while he stood on a step ladder and a police officer held up traffic behind the camera.

19. Shortly after the album’s release, the cover became part of the “Paul is dead” rumour that was spreading across college campuses in the United States. 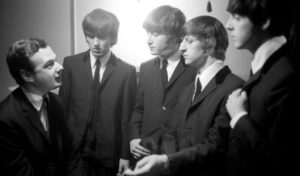 20. The crossing is a popular destination for Beatles fans and a webcam, that was provided by EarthCam, has operated there since 2011.

21. In December, 2010, the crossing was given a grade II listed status for its cultural and historical importance.

22. Abbey Road sold 4 million copies in its first 2 months of release. In the United Kingdom, the album debut at number 1, where it stayed for 11 weeks before being displaced for a week by the Rolling Stones’ Let It Bleed.

23. One month after the album released, George Benson recorded a cover version of the album called The Other Side of Abbey Road.