Francis Harry Compton Crick was a British molecular biologist, biophysicist, and neuroscientist, most noted for being a co-discoverer of the structure of the DNA molecule in 1953 with James Watson, work which was based partly on fundamental studies done by Rosalind Franklin, Raymond Gosling and Maurice Wilkins. Take a look below for 30 more interesting and awesome facts about Francis Crick.

1. Together with Watson and Wilkins, he was jointly awarded the 1962 Nobel Prize in Physiology or Medicine, “for their discoveries concerning the molecular structure of nucleic acids and its significance for information transfer in living material.”

2. Crick was an important theoretical molecular biologist and played a crucial role in research related to revealing the helical structure of DNA.

3. He is widely known for the use of the term “central dogma” to summarize the idea that once information is transferred from nucleic acids to proteins, it can’t flow back to nucleic acids.

4. During the remainder of his career, he held the post of J.W. Kieckhefer Distinguished Research Professor at the Salk Institute for Biological Studies in La Jolla, California.

5. His later research centered on theoretical neurobiology and attempts to advance the scientific study of human consciousness. 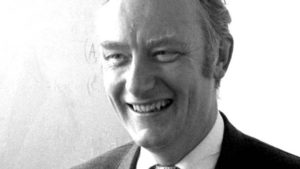 6. He remained in his post until his death. According to Christof Koch, “he was edition a manuscript on his death bed, a scientist until the bitter end.”

7. Crick was born on June 8, 1916, in Northampton to Harry and Annie Elizabeth Crick.

8. His father and uncle ran the family’s boot and shoe factory.

9. He attended the Northampton Grammar School, and at the age of 14 shifted to Mill Hill School in London on scholarship and studied mathematics, physics, and chemistry with his best friend John Shilston.

10. In 1937, he graduated in physics from the University College London.

11. As a PhD student and Honorary Fellow of Gonville and Caius College, he worked at the Cavendish Laboratory.

12. His PhD project on measuring viscosity of water at high temperatures was ruined when a World War II bomb fell on his apparatus. 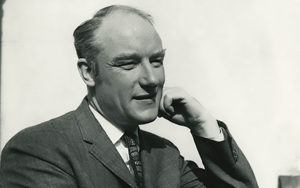 13. During his second year as a PhD student, Crick was awarded the Carey Foster Research Prize.

14. During World War II, he worked for the Admiralty Research Laboratory on the design of magnetic and acoustic mines, and was instrumental in designing a new mine that was effective against German minesweepers.

15. In 1947, Crick moved to the Strangeways Laboratory, Cambridge, headed by Honor Bridget Fell, with a Medical Research Council studentship, and studied the physical properties of cytoplasm in cultured fibroblast cells.

16. In 1949, he joined the Medical Research Unite at Cavendish Laboratory under the general direction of Nobel Prize winner Sir Lawrence Bragg and obtained his PhD from the University of Cambridge five years later.

17. James Watson, a young American appeared at the lab in 1951, and he and Crick formed a collaborative working relationship unraveling the mysteries of the structure of DNA.

18. Using X-ray diffraction studies of DNA, in 1953, the two researchers constructed a molecular model, representing the known properties of DNA, consisting of two intertwined spiral strands referred to as the “double helix.”

19. On February 28, 1953, James D. Watson and Frances H.C. Crick announced that they have determined the double-helix structure of DNA, the molecule containing human genes. 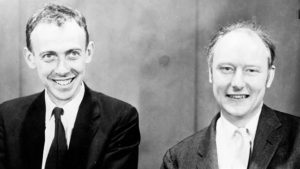 20. In 1956, Crick and Watson speculated on the structure of small viruses and suggested that spherical viruses such as tomato bushy stunt viruses had icosahedral symmetry and were made from 60 identical subunits.

21. Watson and Crick published a paper outlining their DNA double-helical structure in the scientific journal, Nature in 1953. Subsequent research led to an explanation of the process of replication of gene and the chromosome.

22. In 1958, Crick explained the central dogma of molecular biology, regarding the flow of genetic information within a biological system.

23. In 1961, he was awarded the Prix Charles Leopold Meyer of the French Academy of Science, which is awarded annually by the academy to researchers for outstanding work in the biological sciences.

24. He received the Award of Merit of the Gairdner Foundation in 1962 for outstanding discoveries or contributions to medical science. It’s traditionally considered a precursor to winning the Nobel Prize in Medicine. 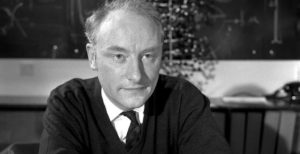 25. Crick was elected a Foreign Honorary Member of the American Academy of Arts and awarded the British Order of Merit in 1991.

26. He had refused an offer of a CBE and of a knighthood.

28. Crick married Ruth Doreen Dodd and they had a son, Michael.

29. In 1949, Crick married Odile Speed and had two daughters, Gabrielle and Jacqueline.

30. Skeptical of organized religion, he referred to himself as an agnostic with, “a strong inclination towards atheism.” In “Of Molecules and Men,” he expressed his views on the relationship between science and religion. 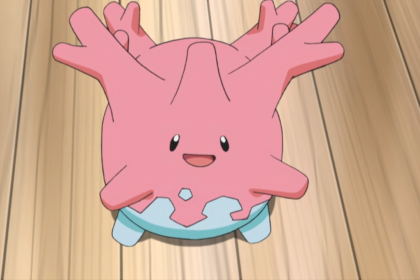 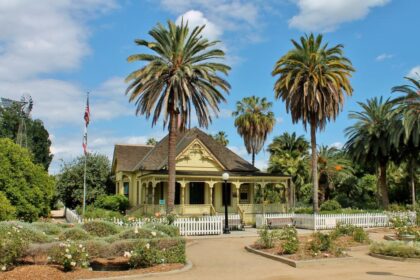