The Good, the Bad and the Ugly is a 1966 epic Spaghetti Western movie directed by Sergio Leone and staring Clint Eastwood, Lee Van Cleef, and Eli Wallach in their respective title roles. The screenplay was written by Age & Scarpelli, Luciano Vincenzoni and Leone, with additional screenplay material and dialogue provided by an uncredited Sergio Donati, based on a story by Vincenzoni and Leone. Take a look below for 30 more fun and interesting facts about The Good, the Bad and the Ugly.

1. Director of photography Tonino Delli Colli was responsible for the movie’s sweeping widescreen cinematography, and Ennio Morricone composed the movie’s score including its main theme.

2. The movie was an international co-production between Italy, Spain, West Germany and the United States.

3. The movie is known for Sergio Leone’s use of long shots and close-up cinematography, as well as his distinctive use of violence, tension and stylistic gunfights.

4. The plot of The Good, the Bad and the Ugly revolves around three gunslingers competing to find fortune in a buried cache of Confederate gold amid the violent chaos of the American Civil War, specifically the New Mexico Campaign in 1862, while participating in many battles an duels along the way.

5. The movie was the third collaboration between Sergio Leone and Clint Eastwood, and the second with Lee Van Cleef. 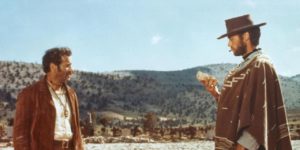 6. The Good, the Bad and the Ugly was marketed as the third and final installment in the Dollars Trilogy, following a Fistful of Dollars and For a Few Dollars More.

7. The movie was a financial success, grossing over $25 million at the box office, and is credited with catapulting Clint Eastwood into stardom.

8. Due to the general disapproval of the Spaghetti Western genre at the time, critical reception of the movie following its release was mixed, but it gained critical acclaim in later years.

9. The Good, the Bad and the Ugly is currently seen as one of the greatest and most influential Western movies.

10. In the gun store, everything Eli Wallach does with the guns is completely unscripted. Wallach knew little about guns, so he was instructed to do whatever he wanted. Most of Enzo Petito’s bemused reactions throughout the scene are genuine. The scene where Tuco shoves the open and closed sign in his mouth was also Wallach’s idea.

12. Sad Hill Cemetery was a very convincing set piece constructed by the pyrotechnic crew, and not a real cemetery. Today, the site is marked as a local point of interest. Though the central stone “proscenium” and parapet are gone, the circles of grave mounds are still quite prominent. 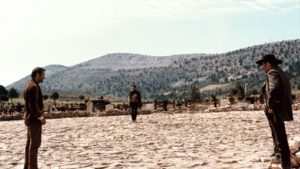 13. Eli Wallach would have been decapitated during the train scene if he’d lifted his head up. In the wide shot, the step that would have hit his head is visible.

14. Clint Eastwood wore the same poncho through all three “Man with No Name” movies without replacement or cleaning.

15. Ennio Morricone’s iconic theme music was designed in places to mimic the sound of a howling coyote.

16. Due to the striking height different between Clint Eastwood and Eli Wallach, it was sometimes difficult to include them in the same frame.

17. There is no dialog for the first ten and a half minutes of the movie.

18. Although Clint Eastwood is usually top-billed in the movie’s credits, Eli Wallach has the most screen time.

19. When Eli Wallach arrived in Madrid, all the hotels were full. Clint Eastwood invited him to sleep over at a friend’s house, and they shared the same bed. Wallach’s wife Anne Jackson told him that he could boast that he was the only man to sleep with Clint Eastwood.

20. Orson Welles warned Sergio Leone not to make this movie on the grounds that Civil War pictures were box-office poison. 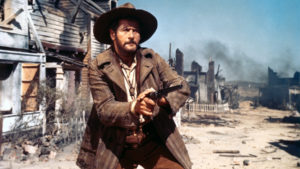 21. Filming had a short delay when Clint Eastwood refused to turn up for work until Sergio Leone agreed to his $250,000 fee in addition to a new Ferrari.

22. Eli Wallach claims that Sergio Leone decided that Tuco would carry his pistol on a lanyard and stuck it in his belt rather than a holster because Wallach told him he always had trouble putting a pistol in a holster without looking at it.

23. The Good, the Bad and the Ugly was shot in the Spanish desert, with 1,500 Spanish soldiers as extras.

24. As a non-smoker, Clint Eastwood hated smoking cigars and Sergio Leone often did multiple takes. According to Eli Wallach, Eastwood would sometimes tell the director: “You’d better get it this time, because I’m going to throw up.”

25. According to an introduction by Stephen King in one of his books, The Good, the Bad and the Ugly, along with the Lord of the Rings book series, is the primary influence for his book series, The Dark Tower.

27. Clint Eastwood wasn’t happy wit the finished movie. He later said that it was bloated rather than expansive, and the only fleshed out character was Tuco. 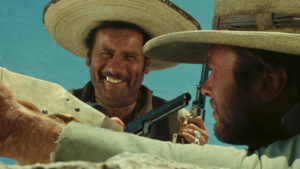 28. The train features an armored car with a mortar type cannon. These were actually mounted on trains during the Civil War, especially where railroads had to operate near places where there was heavy fighting.

30. Jack Elam turned down the role of Elam, the one-armed gunslinger who attempts to kill Tuco in the bathtub. 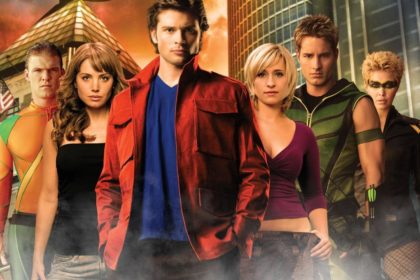 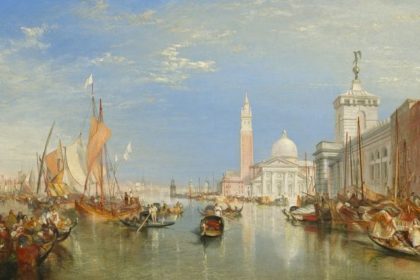 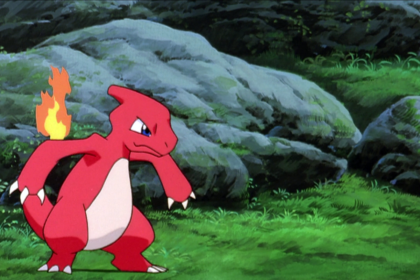