1. The October Revolution followed and capitalized on the February Revolution that also happened in 1917, which overthrew the Tsarist autocracy and resulted in a provisional government after a transfer of power proclaimed by Grand Duke Michael, who was the brother of Tsar Nicholas II, who declined to take power after the Tsar stepped down.

2. After the Congress of Soviets, which was the governing body at the time, had its second session, it elected members of the Bolsheviks and other leftist groups such as the Left Socialist Revolutionaries to important positions within the new state.

3. The revolution was led by the Bolsheviks, who used their influence in the Petrograd Soviet to organize the armed forces.

4. Bolshevik Red Guards, under the Military Revolutionary Committee, began the occupation of government buildings on November 7, 1917.

5. On October 23, 1917, the Bolsheviks’ Central Committee voted 10 to 2 for a resolution saying that an armed uprising was inevitable and, “that the time for it is fully ripe.” 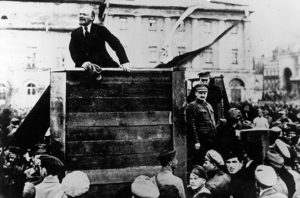 6. At the same meeting, Lenin discussed how the people of Russia had waited a long time for an armed uprising and that it was time for the Bolshevik’s to take power. He also expressed his confidence that the uprising would be successful because of the buildup of power that the Bolshevik’s had over the months.

7. The Bolsheviks created a revolutionary military committee within the Petrograd soviet that was led by the soviet president Trotsky.

8. The revolutionary military committee had armed workers, sailors and soldiers, and also had the support of the capital’s garrison. The committee also planned to occupy strategic locations though the city.

10. The Bolsheviks were founded by Vladimir Lenin and Alexander Bogdanov originally as a faction of the Russian Social Democratic Labor Party.

11. Bolsheviks means, “ones of the majority,” as they won the majority of issues in the Second Party Congress vote. They would also later be referred to as the Reds.

12. During their rise, the Bolsheviks often clashed with another faction from the same party, the Mensheviks. Mensheviks derived from the word minority.

13. The Bolsheviks would change their name to the All-Russian Community Party of Bolsheviks in March, 1918, and again to the All-Union Communist Party in 1925.

14. The Russian word “soviet” can be translated as “council.” In the early 20th century, soviets were municipal governments that made collective policy decisions. 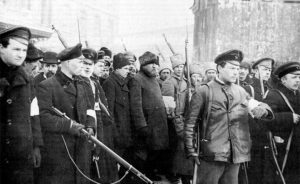 15. Unlike the February Revolution, the October Revolution was well planned and meticulously coordinated. Instead of just going out into the streets, the Bolsheviks and their allies occupied government buildings and important strategic locations throughout Petrograd.

16. The Revolution was formed from Lenin’s radical theoretical writings that were based on the ideas of Karl Marx. In fact, the political ideology became known as Marxist-Leninism and it sought to establish socialist states.

18. Soon after the October Revolution, the new government established peace with Germany, nationalized their industries and executed the entire imperial family.

19. When they withdrew from the war, Russia ceded a large portion of their territory to Germany in the Treaty of Brest-Litovsk with very harsh conditions.

21. After the Revolution, the government was to be centralized and led by a single leader who is advised by a loyal council. This occured when the Bolsheviks realized that in a democratic system, they would be forced to share power, so they instead declared a dictatorship of the proletariat.

22. The Bolsheviks moved the capital from Petrograd to Moscow in 1918 because Moscow was a more centralized location for the territory that they directly controlled.

23. The Cheka was created as a revolutionary security in order to surveil and punish the “enemies of the people.” The secret police became an early precursor to the KGB.

24. All of this led to a massive and devastating civil war that would end up being the deadliest civil war in history. From 1917 to 1922, 1.5 million soldiers died and about 8 million civilians died due to battle, famine and disease. 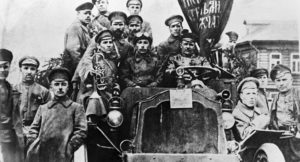 25. The civil war was fought between the Bolsheviks, who were known as the Red Army, and a faction called the White Army that was made up of different socialists, monarchists, anarchists, conservative autocrats, and warlords.

26. The White Army was the military arm of the White Movement, who got their name from Russia’s first Tsar, Ivan III, who was called the “White King.” While their name looked towards absolute monarchy, due to their diverse make up, they had no clear ideology.

27. The White Army had massive backing from Japan, the United Kingdom, France, Italy and the United States.

28. While they went to war against the Red Army, the White Army were Anti-Semitic and were responsible for over 60,000 Jewish murders during the war.

29. It wasn’t until Leon Trotsky took over power in the Red Army that it grew into a force that could win a war. Which is why Lenin and the Red Army would declare victory in 1922 and establish the Union of Soviet Socialist Republics.

30. After they were defeated, the backers of the White Army fled into exile and established an anti-Communist base in the United States. 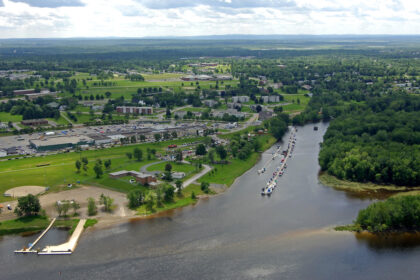