King Tut, otherwise known as Tutankhamun, was an Egyptian pharaoh of the 18th dynasty, during the period of Egyptian history known as the New Kingdom, or sometimes the New Empire Period. His original name, Tutankhaten, meaning “Living Image of Aten,” while Tutankhamun means “Living Image of Amun.” Take a look below for 30 more bizarre and interesting facts about King Tut.

1. In hieroglyphs, the name Tutankhamun was typically written Amen-tut-ankh, because of a scribal custom that placed a divine name at the beginning of a phrase to show appropriate reverence.

2. He is possibly also the Nibhurrereya of the Amarna letters, and likely the 18th dynasty king Rathotis who, according to Manetho, an ancient historian, had reigned for nine years.

4. It sparked a renewed public interest in ancient Egypt, for which King Tut’s mask, now in the Egyptian Museum, remains the popular symbol.

5. Exhibits of artifacts from his tomb have toured the world. 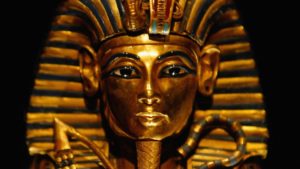 6. In February 2010, the results of DNA tests confirmed that he was the son of the mummy found in the tomb KV55, believed by some to be Akhenaten.

7. His mother was his father’s sister and wife, whose name is unknown but whose remains are positively identified as “The Younger Lady” mummy found in KV35.

8. The “mysterious” deaths of a few of those who excavated King Tut’s tomb has been popularly attributed to the curse of the pharaohs.

10. He was known as Tutankhaten when he was a prince, until he became king at the age of 9.

11. He was known as Nebkheperure for the next three years.

12. When he became the king of Egypt at the age of 9, he married his half-sister Ankhesenpaaten. They had two daughters together, but both were stillborn. 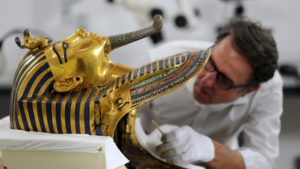 13. Three years after he became king, he changed his name to Tutankhamun.

14. Some believe that King Tut was assassinated but most believe that his death was an accident. He only lived until his late teens.

16. His father died when he was only seven years old, and he became Pharaoh two years later when he married his half-sister.

17. Because he was so young, most of the decisions made during his rule were by Ay and Horemheb.

19. Because King Tut’s body was so well-preserved, scientists have been able to learn a lot about him.

20. He was about 5 feet 8 inches tall when he died. He was slim but well-nourished. 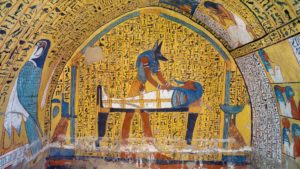 21. King Tut’s two stillborn daughters were preserved as well and buried in his tomb in tiny coffins.

22. He was buried in a tomb in the Valley of the Kings, at Thebes, which was the traditional burial place for the kings before him.

23. King Tut’s tomb was discovered on November 4, 1922, by the Egyptologist Howard Carter.

24. The Curse of Tutankhamun became famous when the financial supporter of Howard Carter, Lord Carnarvon died seven weeks after the tomb was discovered. He was bitten by a mosquito on his cheek and it became infected and he died. When they removed King Tut’s death mask, he too had a mark on the same spot on his cheek.

25. When Lord Carnarvon died, the lights went out in Cairo. His dog also died at the same time back in England.

26. King Tut’s successor was the vizier Ay, who had helped King Tut rule. 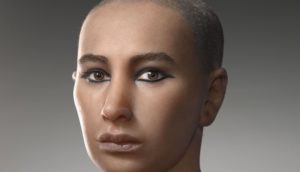 27. King Tut’s tomb consisted of four main rooms filled with treasures. It was likely built for a nobleman and not King Tut, but because he died so suddenly, they had to use what they had at the time.

28. The four rooms in his tomb include the Antechamber, the burial chamber, the annex and the treasury.

29. There were about 3,500 valuable objects found in King Tut’s tomb. Today, they are on display at the Egyptian Museum in Cairo, Egypt.

30. King Tut’s ostrich feather fan was discovered lying in his burial chamber, close by his body. The handle of the fan depicted a story. The feathers were taken from ostriches captured by the king while hunting in the desert to the east of Heliopolis. The embossed scene on the palm shows, on one face, King Tut setting off in his chariot to hunt ostrich, and on the reverse, the king returning in triumph with his prey. 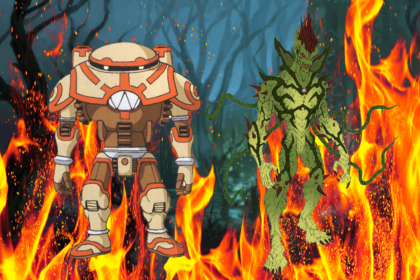 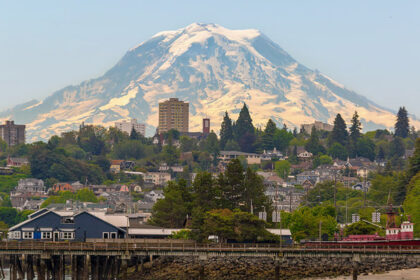