The Philadelphia Story is a 1940 American romantic comedy movie directed by George Cukor, starring Cary Grant, Katharine Hepburn, and James Stewart and featuring Ruth Hussey. The movie is based on the Broadway play of the same name by Philip Berry. Take a look below for 28 more fun and fascinating facts about The Philadelphia Story.

1. The Philadelphia Story is about a socialite whose wedding plans are complicated by the simultaneous arrival of her ex-husband and a tabloid magazine journalist.

2. The socialite character in the movie, whose played by Katharine Hepburn, was inspired by Helen Hope Montgomery Scott, a Philadelphia socialite known for her crazy antics, who married a friend of playwright Barry.

3. The screenplay was written by Donald Ogden Stewart and an uncredited Waldo Salt.

4. The movie is considered one of the best examples of a comedy of remarriage, a genre popular in the 1930s and 1940s, in which a couple divorce, flirt with outsiders and then remarry; a useful story-telling ploy at a time when the depiction of extramarital affairs was blocked by the Production Code. 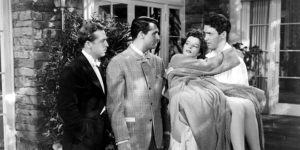 5. The Philadelphia Story was Katharine Hepburn’s first big hit following several flops, which had led to her being included on a 1938 list that Manhattan movie theater owner Harry Brandt compiled of actors considered to be “box office poison.”

6. Katharine Hepburn acquired the film rights to the play, which she had also starred in, with the help of Howard Hughes, in order to control it as a vehicle for her screen comeback.

7. According to a Turner Broadcasting documentary MGM: When the Lion Roars, after MGM purchased the film rights, they were skeptical about Hepburn’s box office appeal. So, MGM’s Louis B. Mayer took an unusual precaution by casting two A-list male stars, Cary Grant and James Stewart, to support Hepburn.

9. The movie was remade in 1956 as a musical, re-titled High Society, starring Bing Crosby, Grace Kelly and Frank Sinatra.

10. Spencer Tracy turned down James Stewart’s role because he was eager to make Dr. Jekyll and Mr. Hyde. 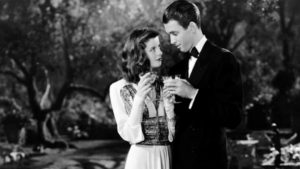 11. Cary Grant demanded top billing and $100,000 salary, which was a massive amount at the time. As it turned out, however, he donated his entire earnings to the British War Relief Fund.

12. The word “Philadelphia” on the Oscar that James Stewart received in 1941 is misspelled. The Oscar was kept in the window of his father’s hardware store located on Philadelphia Street in Indiana, Pennsylvania.

13. James Stewart had no plants to attend the Oscar ceremony the year he was nominated for the movie. Just before the ceremony began, he received a call at home “advising” him to slip into a dinner jacket and attend the ceremony. He did and he received the award for Best Actor.

14. Katharina Hepburn deferred her salary for 45% of the profits of the movie.

15. Cary Grant was given the choice of which of the two male lead roles he wanted to play. Surprisingly, he chose the less showy part.

16. The original play was written specifically for Katharine Hepburn. Playwright Philip Barry wanted to bring the actress back to the stage after she had received terrible reviews for the play The Lake on Broadway. 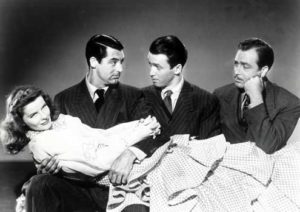 17. James Stewart wasn’t comfortable with some of the dialog, especially in the swimming pool scene, which also required him to act in a dressing gown. He said at the time that if he’d played the scene in just a swimming costume, it would have been the end of his career.

18. The movie played at the Radio City Music Hall for 6 weeks, breaking the previous attendance records set in 1937 by Disney’s Snow White and the Seven Dwarfs. It grossed over $600,000 in the one location alone.

19. Katharine Hepburn asked MGM to cast Clark Gable as Dexter and Spencer Tracy as Mike before she met either of them. Both Gable and Tracy were busy with other projects, so James Stewart was cast instead. MGM chief Louis B. Mayer allowed Hepburn a $150,000 salary towards casting the other male role, a sum that Cary Grant agreed to.

21. In his autobiography, Donald Ogden Stewart wrote that the original play was so perfect that adapting it to a movie was the easiest job he ever had to do in Hollywood. 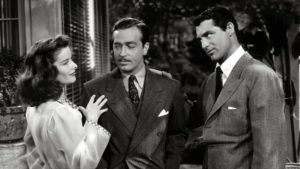 23. The original play featured a character named Sandy, who is Tracy’s brother and the reason for Mike and Liz to come to the wedding. This character was taken out of the movie in order to beef up the character of Mike. There are several references in the movie to a brother of Tracy’s, but his name is Junius.

24. In Katharine Hepburn’s first scene in the movie, she appears in a stylish trouser suit designed for her by Adrian. MGM chief Louis B. Mayer objected and had to be convinced to let the costume remain.

25. Cary Grant kept calling Katharine Hepburn “Red”. This is because her natural hair color is in fact red.

26. The necklace that Dinah says “this stinks” about and later wears to entertain the reporters, is a copy of the necklace from Marie Antoinette’s The Affair of the Necklace.

27. Katharine Hepburn had become interested in James Stewart for the part of the newshound ever since the actor had received accolades and an Oscar nomination for his portrayal of an idealistic senator in Mr. Smith Goes to Washington the previous year.

28. In order to avoid competition with the stage play, MGM agreed not to put the movie into general release until January, 1941, although it was screened at selected theaters in December, 1940. 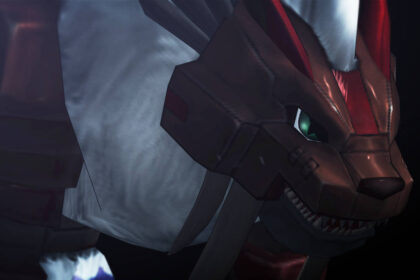 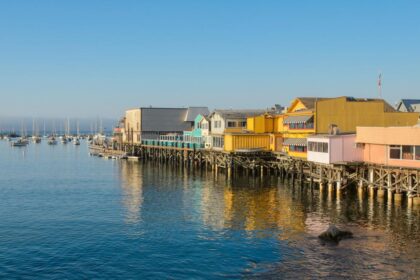 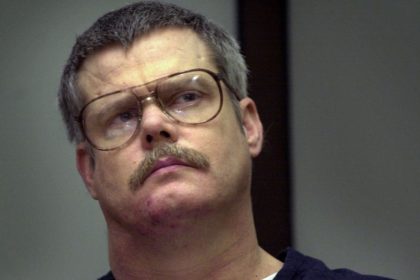