Boom-Boom, or Tabitha Smith, is a fictional character and a mutant superhero that appears in American comic books published by Marvel Comics. She’s commonly associated with the X-Men and related titles. Take a look below for 26 more fun and interesting facts about Boom-Boom.

1. The character was created by Jim Shooter and Al Milgrom. She first appeared in Secret Wars II #5.

3. Since her first appearance, Tabith Smith has used a number of different codenames, including Time Bomb, Boom-Boom, Boomer, and Meltdown.

4. Boom-Boom is one of the mutants to have kept their powers after the 2005 House of M storyline. 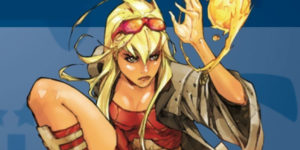 5. Tabitha was born in Roanoke, Virginia. She is depicted as a rebellious but normal teenager and the daughter of divorced parents in her first appearance.

6. Tabitha’s mutant powers manifested at the age of 13, and her parents immediately showed their disgust. Her father even beat her when he found out.

7. When Tabitha ran away from home, she gave herself the alias Time Bomb and met the cosmic entity known as the Beyonder.

8. Living on the streets, Tabitha becomes involved with Maurice “Tiger” Antonini and, after he threatens Tabitha and murders her friend Gina, she uses her powers to kill him.

9. Boom-Boom returns in the Marvel NOW! series Cable and X-Force, helping her old X-Force teammate Domino in her infiltration of a S.W.O.R.D. base.

10. Tabitha appears as a member of the Utopians alongside Elixir, Karma, Madison, Jeffries, Masque and Random. 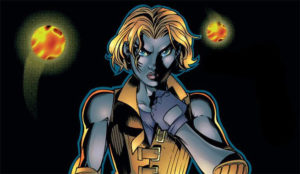 11. Boom-Boom is a mutant who has the ability to create variably sized yellow orbs and spheres of pure plasma, fiery like energy, which she calls her time bombs.

12. Tabitha is able to produce marble sized energized bombs which have little concussive impact and which she uses for playing pranks.

13. She has produced time bombs ranging up to the size of beach balls, which are able to destroy durable objects including a Predator X, and a futuristic Nimrod.

14. Boom-Boom can control the amount of time before a time bomb detonates.

15. Tabitha can mentally muffle the sound of the detonation.

16. She is an average hand to hand fighter. She was coached by Cable. 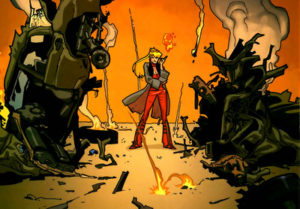 17. Tabitha loves video games and is an accomplished thief, having been trained by the Vanisher.

18. Under the direction of Pete Wisdom, Boom-Boom learned to focus her power as streams of concussive forces.

19. In Nextwave, Tabitha’s mutant abilities are summarized as the mutant ability to blow things up and steal all your stuff. She also has access to technological support, such as jetpacks.

20. Tabitha was apparently immune to Forbush Man’s mind-warping abilities because she supposedly had no mind to warp.

21. In the House of M storyline, Tabitha appears as a member of the NYPD strikeforce known as the Brotherhood. Posing as Karolina Dean, she attacked and defeated the Wolfpack.

22. In the Marvel Zombies storyline, Tabitha is shown with her Nextwave team, uninfected, as she tried to save Ash from a zombified Power Pack. 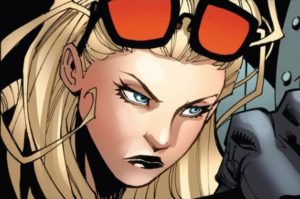 23. In the X-Men: Shatterstar miniseries, Tabitha is still known as Boomer and she is seen as a part of Cable’s rebel forces against Spiral, in an alternate universe where Spiral has conquered and now rules Earth.

24. Tabitha appears in the X-Men animated series episode “No Mutant is an Island.” She appears as a young child, along with Rusty, Whiz-Kid and Skids.

25. In Brazil, Tabitha Smith had only two codenames. She is better known by the codename Dinamite instead of Time Bomb, Boom-Boom, or Boomer, and later changed it to Fusao instead of Meltdown.

26. In France, Tabitha was known by the codename Big Bang before she changed it to Meltdown. 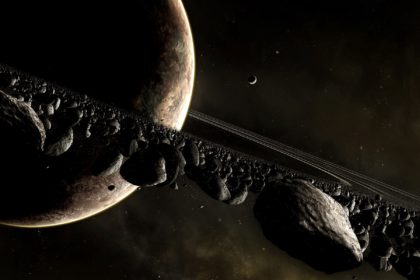 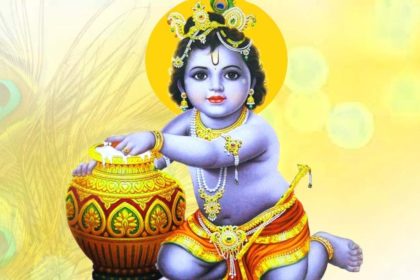 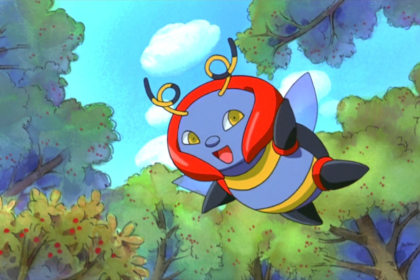