Turtonator is a dual-type Fire/Dragon Pokémon introduced in Generation VII. It is not known to evolve into or from any other Pokémon. Take a look below for 26 fun and amazing facts about Turtonator.

1. Turtonator is a bipedal, turtle like Pokemon with a spiny shell.

2. Its skin is a muted green and only visible on its limbs, tail, head, and neck.

3. On top of its head is an additional shell with many points around the brim.

4. This extra shell has a black center, yellow in the middle, and a red outer rim. Its eyes have black markings around the bottom, and it has a tubular, yellow snout with a single, large nostril.

5. Turtonator has a wide mouth with the lower lip marked by a jagged yellow line extending from its nose.

6. On each side of Turtonator’s long neck are two short, triangular projections.

7. Its front legs have mitten-like hands, while its hind feet have claw-like red growths around them.

8. Most of its tail is also covered by red plating, which has fin-like projections.

9. The shell that encases its body has a red underside with a star-shaped, yellow-rimmed hole in the center.

10. The back of the shell has a yellow center with several spikes: four large spikes with red bases form a star-shape in the center with four smaller spikes around them.

11. This Pokémon resides on volcanoes, where it camouflages itself among the rocks and waits for prey.

12. In addition to hunting, Turtonator also feed on sulfur and other volcanic materials.

14. When prey steps onto its shell, it strikes itself with its own tail to cause an explosion.

15. The explosion is ignited by sparks from the spikes on its shell and released through the hole on its chest.

17. Its explosive capabilities are dampened by the rain, however, so it takes refuge in caves on rainy days.

18. It is also capable of spewing poisonous gas and flames from its nostrils.

19. As shown in Pokémon Adventures the Sun/Moon/Ultra Sun/Ultra Moon chapter Turtonator can use its feces as explosive land mines.

20. Turtonator is the only known Pokémon capable of learning the move Shell Trap.

21. Turtonator can be seen as a counterpart to Drampa. Both are Dragon-type Pokémon with the same base stat total. They also share the same stat values, but with the exception of Speed, these values are assigned to different stats. While Turtonator is exclusive to Sun, Ultra Sun, and Sword, Drampa is exclusive to Pokémon Moon, Ultra Moon, and Shield.

22. Turtonator may be based on the mata mata, a kind of turtle. It also has elements of a land mine. Its shell resembles a simplified explosion, with red and yellow flame making the base of the shell for the base of the explosion, and the rocky lumps representing the debris and shrapnel thrown about as a result of the force.

23. Turtonator’s Dragon type and spiny turtle shell may also be loosely inspired by the Tarasque, a mythological dragon-like hybrid; and the dragon turtle, a Chinese creature featuring the head of a dragon and the body of a turtle.

24. Turtonator may be a combination of turtle and detonator.

25. Kiawe has a male Turtonator that he obtained prior to Alola to New Adventure!, the episode where he and the species debuted. Turtonator was first used to battle Tupp, Zipp, and Rapp. It has extreme power and Defense.

26. Ryuki’s Turtonator first appeared in the PASM34, when it was sent out to battle Gladion. 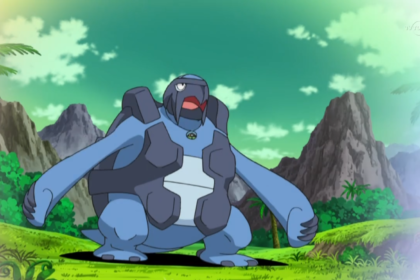 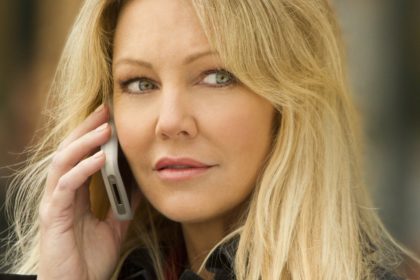