1. The city is on Washington’s Puget Sound, 32 miles (51 km) southwest of Seattle (of which it is the largest satellite city), 31 miles (50 km) northeast of the state capital, Olympia, and 58 miles (93 km) northwest of Mount Rainier National Park.

3. Tacoma is the second-largest city in the Puget Sound area and the third-largest in the state.

4. Tacoma also serves as the center of business activity for the South Sound region, which has a population of around 1 million.

5. Tacoma adopted its name after the nearby Mount Rainier, originally and locally called Takhoma or Tahoma.

6. It is locally known as the “City of Destiny” because the area was chosen to be the western terminus of the Northern Pacific Railroad in the late 19th century.

7. The decision of the railroad was influenced by Tacoma’s neighboring deep-water harbor, Commencement Bay. By connecting the bay with the railroad, Tacoma’s motto became “When rails meet sails”.

8. Commencement Bay serves the Port of Tacoma, a center of international trade on the Pacific Coast and Washington’s largest port. The city gained notoriety in 1940 for the collapse of the Tacoma Narrows Bridge, which earned the nickname “Galloping Gertie”.

9. Like most industrial cities, Tacoma suffered a prolonged decline in the mid-20th century as a result of suburbanization and divestment.

10. Since the 1990s, downtown Tacoma has experienced a period of revitalization. Developments in the downtown include the University of Washington Tacoma; Line T (formerly Tacoma Link), the first modern electric light rail service in the state; the state’s highest density of art and history museums; and a restored urban waterfront, the Thea Foss Waterway.

11. The area was inhabited for thousands of years by American Indians, most recently the Puyallup people, who lived in settlements on the delta.

12. In 1852, a Swede named Nicolas Delin built a water-powered sawmill on a creek near the head of Commencement Bay, but the small settlement that grew around it was abandoned during the Indian War of 1855–56.

13. In 1864, pioneer and postmaster Job Carr, a Civil War veteran and land speculator, built a cabin (which also served as Tacoma’s first post office; a replica was built in 2000 near the original site in “Old Town”).

14. Carr hoped to profit from the selection of Commencement Bay as the terminus of the Transcontinental Railroad, and sold most of his claim to developer Morton M. McCarver (1807–1875), who named his project Tacoma City, derived from the indigenous name for the mountain.

15. Tacoma was incorporated on November 12, 1875, following its selection in 1873 as the western terminus of the Northern Pacific Railroad due to lobbying by McCarver, future mayor John Wilson Sprague, and others. However, the railroad built its depot in New Tacoma, two miles (3 km) south of the Carr–McCarver development.

16. The two communities grew together and joined, merging on January 7, 1884.

18. George Francis Train was a resident for a few years in the late 19th century. In 1890, he staged a global circumnavigation starting and ending in Tacoma to promote the city. A plaque in downtown Tacoma marks the start and finish line.

19. In November 1885, white citizens led by then-mayor Jacob Weisbach expelled several hundred Chinese residents peacefully living in the city. As described by the account prepared by the Chinese Reconciliation Project Foundation, on the morning of November 3, “several hundred men, led by the mayor and other city officials, evicted the Chinese from their homes, corralled them at 7th Street and Pacific Avenue, marched them to the railway station at Lakeview and forced them aboard the morning train to Portland, Oregon. The next day two Chinese settlements were burned to the ground.”

20. The discovery of gold in the Klondike in 1898 led to Tacoma’s prominence in the region being eclipsed by the development of Seattle.

21. A major tragedy marred the end of the 19th century, when a streetcar accident resulted in significant loss of life on July 4, 1900.

22. From May to August 1907, the city was the site of a smelter workers’ strike organized by Local 545 of the Industrial Workers of the World (IWW), with the goal of a fifty-cent per day pay raise. The strike was strongly opposed by the local business community, and the smelter owners threatened to blacklist organizers and union officials. The IWW opposed this move by trying to persuade inbound workers to avoid Tacoma during the strike. By August, the strike had ended without meeting its demands.

23. Tacoma was briefly (1915–1922) a major destination for big-time automobile racing, with one of the nation’s top-rated racing venues just outside the city limits, at the site of today’s Clover Park Technical College.

24. In 1924, Tacoma’s first movie studio, H. C. Weaver Studio, was sited at present-day Titlow Beach. At the time, it was the third-largest freestanding film production space in America, with the two larger facilities being located in Hollywood. The studio’s importance has undergone a revival with the discovery of one of its most famous lost films, Eyes of the Totem.

25. The 1929 crash of the stock market, resulting in the Great Depression, was only the first event in a series of misfortunes to hit Tacoma in the winter of 1929–30. In one of the coldest winters on record, Tacoma experienced mass power outages and eventually the shutdown of major power supply dams, leaving the city without sufficient power and heat. During the 30-day power shortage in the winter of 1929 and 1930, the engines of the aircraft carrier USS Lexington provided Tacoma with electricity. 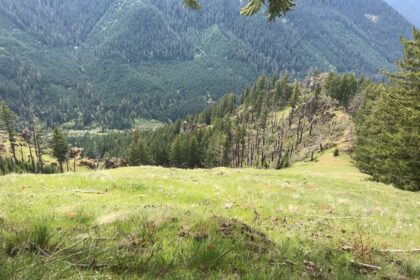 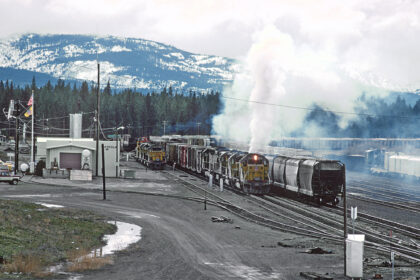 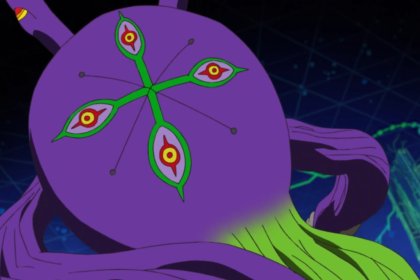