Danai Jekesai Gurira, born February 14, 1978, is a Zimbabwean American actress and playwright, best known for her role as Michonne on The Walking Dead, an AMC television horror drama series, as the writer of the Tony Award winning play Eclipsed, and as Okoye in the Marvel Cinematic Universe franchise, beginning with Black Panther. Take a look below for 25 more fun and interesting facts about Danai Gurira.

1. She was born in Grinnell, Iowa, to Josephine Gurira, a college librarian, and Roger Gurira, a lecturer in the Department of Chemistry at Grinnell College.

2. Her parents moved to the United States from Southern Rhodesia, which is now Zimbabwe, in 1964.

3. She is the youngest of four siblings. Shingai and Choni are her sisters and Tare, her brother, is a chiropractor.

4. Gurira lived in Grinnell until December 1983, when at the age of five, she and her family moved back to Harare, the capital of Zimbabwe, after the country gained independence. 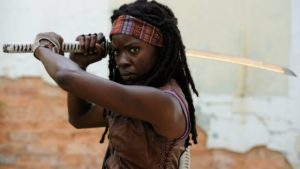 5. She attended high school at the Dominican Convent High School.

6. After high school, she returned to the United States to study at Macalester College, in Saint Paul, Minnesota, graduating with a Bachelor of Arts in psychology.

7. Gurira earned a Master of Fine Arts in acting, from New York University’s Tisch School of the Arts.

9. She was nominated for a 2007 Joseph Jefferson Award for Actress in a Principal Role in a Play for In the Continuum, at the Goodman Theater in Chicago, Illinois.

10. She was awarded the 2013 NAACP Theater Award for Best Playwright for The Convert co-production with McCarter Theater Center and Goodman Theater at the Kirk Douglas Theater in Los Angeles, California. 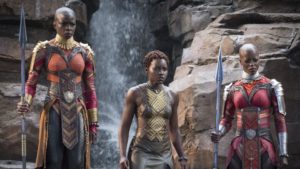 11. Her first name, Danai, means “loving each other” in Shona.

12. Gurira said that she began writing plays in an effort to better utilize her strengths as an actress, and to tell stories that convey ideas about strong women with whom she identifies.

13. As a playwright, she has been commissioned by the Yale Repertory Theater, Center Theater Group, Playwright Horizons and the Royal Court.

14. Her play, In the Continuum, sponsored by the U.S. Embassy in Zimbabwe, was performed at Harare’s Theater and featured the story of two women who were navigating the world after contracting HIV.

15. In 2009, Gurira made her acting debut on Broadway in August Wilson’s play Joe Turner’s Come and Gone, playing Martha Pentecost.

16. Gurira is a Christian and lives in Los Angeles, though she regularly spends time in New York City. 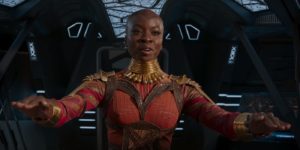 18. She starred in the 2007 movie The Visitor, for which she won the Method Fest Independent Film Festival Award for Best Supporting Actress.

19. In 2013, she played the lead role in director Andrew Dosunmu’s independent drama movie Mother of George, which premiered at the 2013 Sundance Film Festival. Gurira received critical acclaim for her performance as a Nigerian woman struggling to live in the United States.

20. Gurira played rapper Tupac Shakur’s mother, Afeni Shakur, in All Eyez on Me, a biopic about the rapper.

21. In March 2012, AMC announced on a live broadcast that Gurira would join the cast of their horror drama series The Walking Dead, the highest rated series in cable television history, in its third season. 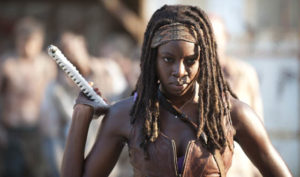 22. Gurira had to learn how to ride horses for The Walking Dead, which she enjoyed because it was a physical challenge.

23. In 2008, Gurira appeared at the Global Green Sustainable Design Awards to read a letter written by a New Orleans native displayed by Hurricane Katrina.

24. In 2011, she co-founded Almasi Arts Inc., an organization dedicated to continuing arts education in Zimbabwe.

25. In 2015, she signed an open letter begun by the ONE Campaign. The letter was addressed to Angela Merkel and Nkosazana Dlamini-Zuma, urging them to focus on women as they serve as the head of the G7 in Germany and the AU in South Africa. 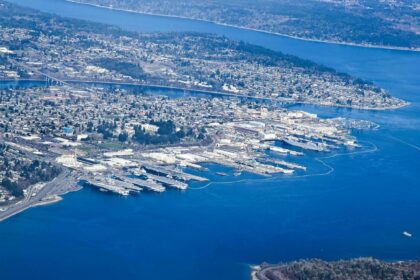 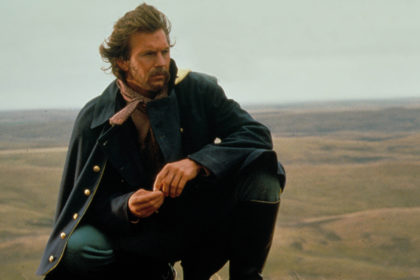