Vivillon is a dual-type Bug/Flying Pokémon introduced in Generation VI. It evolves from Spewpa starting at level 12. It is the final form of Scatterbug.

Vivillon’s wing pattern depends on the real-world geographic location set on the game the Pokémon was generated in. There are a total of 20 known patterns. For a partial list on real-world Vivillon pattern locations, see List of Pokémon with form differences → Vivillon. Take a look below for 24 awesome and amazing facts about Vivillon.

1. Vivillon is a butterfly like Pokemon with wings that come in a large variety of patterns.

2. It has a round, grayish head with large, black, pixelated eyes and a pair of skinny antennae.

3. The tips of the antennae each have an ovoid scale that is dark gray on the upper half and beige on the lower half.

4. Vivillon’s thorax is an ovoid and divided into three segments; each segment is a different shade of gray.

5. Its legs are also ovoid and are dark gray on the lower half, beige on the upper half, and have a black band in the middle.

6. It has two black, circular hands and no visible arms.

7. While Vivillon’s wings come in a wide variety of colors and patterns, they always have black edges and pixelated markings.

8. Its wings’ pattern is affected by the climate in which it lives.

9. It can spread its scales to calm an opponent’s fighting spirit, as shown in the anime.

10. Vivillon is the only known Pokémon capable of learning Powder by level-up.

11. Vivillon and its evolutionary relatives are the only Bug-type Pokémon introduced in Generation VI.

12. Vivillon is the only fully-evolved Pokémon to have the Ability Friend Guard.

14. Prior to Generation VII, Vivillon’s Pokédex color was black.

15. Due to Vivillon only being obtainable in games for the Nintendo 3DS, which is region-locked, it is not possible for any one game to generate all Vivillon patterns.

16. Vivillon is based on a butterfly.

17. Considering the many different varieties of Vivillon that differ depending on the player’s geographic location, Vivillon may have been based on divergent evolution or possibly species mimicry. Its blocky wing patterns may be based on pixel art.

18. Vivillon may be a combination of vivid and papillon (French for butterfly) or brillant (French for brilliant).

19. Vivillon debuted in its Meadow Pattern form in A Blustery Santalune Gym Battle!, under the ownership of Viola. Viola used it in a Gym battle against Ash, where it battled Fletchling and won. Vivillon reappeared in the next episode, where it had a rematch against Fletchling and won again, but then lost against Pikachu. It reappeared again in To Catch a Pokémon Smuggler! in a flashback. Vivillon then physically reappeared in Rocking Kalos Defenses! and Forming a More Perfect Union!, where it participated in the fight against the Giant Rock.

20. Multiple Vivillon appeared in To Catch a Pokémon Smuggler!. They debuted in their Continental, Elegant, Garden, Icy Snow, Savannah, and Sun Pattern forms in this episode, in which they all evolved from a group of Spewpa that had been targeted by Dolan.

21. Multiple Meadow Pattern Vivillon appeared in Pikachu and the Pokémon Music Squad. They were among the Pokémon residing in a forest.

22. A Meadow Pattern Vivillon appeared in Performing a Pathway to the Future!, under the ownership of Aria. It was used in the final round of the Gloire City Master Class Pokémon Showcase.

23. A Meadow Pattern Vivillon appeared in Battling With a Clean Slate!, under the ownership of Alvin. It battled Clembot, going up against Magnemite and winning, but it then lost against Magneton.

24. Multiple Meadow Pattern Vivillon appeared in Diancie and the Cocoon of Destruction as residents of Allearth Forest. 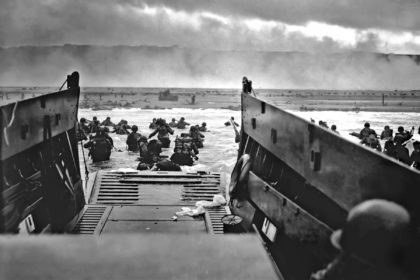